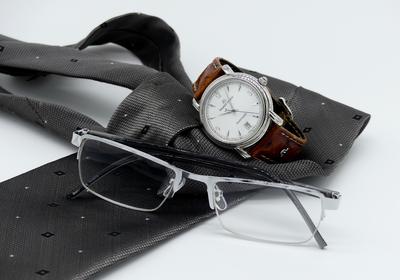 Men don’t ask for directions, don’t want to talk about feelings, avoid crying, and seem emotionally distant because society says that is how they must act. This isn’t just true in the United States. This social phenomenon is apparent in nearly every social system on earth.

Interestingly, men don’t start out emotionally barren. Infant boys on average tend to be somewhat more emotionally expressive than girls. So what happens?

By the time most boys enter grade school they have learned that crying is bad. They know this because they’ve seen boys cry and have observed the shaming that results. No boy wants to be called a sissy by the other kids. Even his parents and caretakers are telling him “big boys don’t cry”. He learns it is not OK to let others know he is hurting. He hides that emotion.

Later in life he may be challenged like we all are by reality. He complains to his buddies looking for emotional support, but his buddies tell him to “grow a pair”. He talks to his parents and dad likely says “that’s life you just gotta man-up”. Mom may say “you need be tough, don’t let it get you down”. And his girlfriend figures she can “find a guy without all these problems”. He learns that it is not OK to have problems he can’t fix. He hides his weaknesses and shortcomings and never asks for help.

Characteristics we typically associate with masculinity include: strong,  dominant, tough, a provider, a problem solver,  in charge, highly sexual.

These aren’t inherent characteristics of a man’s being. These are a set of beliefs and behaviors. Men learn male gender norms prescribed by society . By using them, men avoid being shamed or punished by society. This is why, when men are faced with overwhelming trouble or grief, they may retreat with a stiff upper lip into their sanctuary of silence. Or as William Pollack describes it in his book Real Boys: Rescuing Our Sons from the Myths of Boyhood, “they hide behind the mask of masculinity”.

The consequences for individual men can be huge . Some men go through life not understanding other men have the same or similar problems. As a result, they believe they are weak or inferior compared to other men.

Suppose a couple loses a child; probably the most traumatic experience a human can have. The wife is wracked with grief while the husband buries himself in work never talking about what happened. The wife assumes he is not significantly affected by the loss of their child and becomes angry driving a wedge between them. Meanwhile, the husband is doing what he was taught. He is being stoic and strong. He begins working even harder and longer hours providing for his family, probably wracked with shame and guilt for having failed to adequately provide for his child. He has learned well his responsibility to be the problem solver / fixer. But how does he fix his wife’s grief? Society hasn’t given him – or perhaps more accurately denied him – the emotional tools he needs to console his wife and deal with his own grief.

Feminist movements and campaigns during the past century can be credited for significant societal changes regarding women’s rights. While feminist advocacy has focused primarily on women’s issues, a number of feminists are arguing for inclusion of men’s liberation because men are also harmed by gender roles. Feminist theories of psychotherapy have emerged as a result of these feminist movements and can be credited with new approaches which also benefit men.

To learn more, see my page "Why Counseling Can Be Scary for Men" .

Gunn, S. A. (2014). The Effects of Fatherlessness on A Boy's Development - An Annotated Bibliography